Until the 1970s each local authority had to appoint a Medical Officer of Health and in 1903 it was Dr James Mudie Morris who was appointed to that office by Neath Corporation.  David Michael has looked at his official report for 1937 and finds a lively and opinionated public servant who gives us an unexpected insight into Neath and Briton Ferry in that year but also finds themes which are all too relevant today.

In the June of 1937 a family doctor contacted Doctor Morris, asking for his help in getting life-saving treatment for a two-year-old child.  The doctor suspected that the child had caught scarlet fever some two weeks previously, although this had not been reported; it had now developed into mastoiditis, a disease which required an immediate operation.

Three general hospitals had refused to treat the child because of the risk of infection presented by scarlet fever and an isolation hospital also refused because it did not have an operating theatre [ Neath did not have its own isolation hospital at that time].  Later, Doctor Morris reflected in his annual report that he had spent from 8pm to 11:30pm that night 'well glued to the telephone' pursuing treatment for the child.  A neighbouring Medical Officer finally agreed to send an ambulance to pick the child up but 'only as a very great personal favour.'   The operation was performed successfully that night [in the Swansea area].

Before the creation of the NHS in 1948, even where medical services were available to working-class people, provision could be complex and difficult to access.  Sometimes outcomes for patients were a matter of luck, timing and personal intervention as with this child. In Neath services were provided by a variety of the voluntary organisations such as the nursing associations [sometimes partly funded by the Corporation] and by the local authorities themselves, the Corporation and Glamorgan County Council. General practice was generally private but the Neath and District Medical Aid Society operated a scheme allowing access to doctors in return for a regular subscription. The role of the Medical Officer of Health could be crucial in drawing some of those strands together.

The organisation of things is strange and complex to us, but many of the themes picked up by Doctor Morris in his report have now become terribly familiar – those of quarantine and isolation in the treatment of communicable disease, but also the requirement for scientific analysis and the swift and decisive application of whatever resources come to hand to counter that disease.

In the autumn of 1937 the Borough was hit by an epidemic of diphtheria.   No less than 146 cases had been confirmed by the end of the year.  This was a highly infectious disease easily transmitted.  It was mainly children and young people who were affected with only 24 cases amongst those over the age of 20.  It was a widespread outbreak with cases in no fewer than 82 streets, but its method of transmission was difficult to detect as there seemed to be no connection with school attendance.  The symptoms of most patients were mild and generally cases cleared up in around 48 hours.  Sadly, however, there were four deaths, children of 10 months, three years, four years and a 28 year-old. In three of those cases there had been surgical intervention, once in the family home and twice at the Penrhiwtyn Hospital.

The Medical Officer of Health appears to have been resourceful and flexible in his response to the outbreak.  Morris was concerned about the urgency of the situation and the apparent impossibility of getting adequate treatment for cases in the absence of an isolation hospital.  With the agreement of the Neath Corporation, he set up a temporary diphtheria ward at Dyfed Road Clinic in accommodation normally used for tonsil and adenoid treatment. In considering the options for treating infectious disease Morris had already identified this as a perfectly safe option since the ward could be effectively isolated from the rest of the clinic. He was criticised in one quarter for taking this action, which criticism he put down to personal spite, but he pointed to the successful treatment of cases there without the need for surgery. 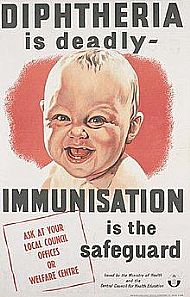 He also made arrangements for the Borough police to hold a stock of the antitoxins used to treat the disease which were supplied to the family doctors at any hour of the day or night because, as he put it, time-saving was possibly life-saving.

This was decisive local action taken by the people on the ground.

Morris was pleased to look forward to the opening of the Joint Isolation Hospital at Tonna Uchaf in1939 [Tonna Hospital as we know it now] which put an end to concerns about accommodation.

Concluding his account of the epidemic, Morris reflected that 'diphtheria as a disease will, until the days of compulsory immunisation, continue to create havoc at times in the child population.'   The four Neath victims were amongst thousands who succumbed to the disease each year in the UK. Indeed, the Borough had been hit by a more virulent outbreak of the disease in 1923 when there were 24 deaths.  As it turned out, widespread vaccination for diphtheria was introduced a few years later and is now routinely administered to infants. Vaccination means that cases of this disease, which killed Neath children in 1937, are now very rare indeed.

Many of these official reports will have been as dry as dust, but the Medical Officers of Health, despite the fact that they were appointed by the local authority, were effectively independent and what they wrote reflected their personality. Doctor Morris comes across as energetic and committed but also, by turns, opinionated, philosophical and witty.  He was critical if he was crossed, but generous in his praise; such as of the efforts of his colleague, the Corporation’s Sanitary Inspector Evan Thomas, who was responsible for much slum clearance and the efforts of the nursing staff to which 'I owe everything' particularly the formidably named Superintendent Nurse Twigg.  Reading his reports I would like to know more about him and suspect that he might have been a bit difficult to deal with from time to time!

Due to the style of his report we get a lot of local detail which might not be available elsewhere, such as the treatment of childhood disorder of Rickets.  This arose out of poverty, malnutrition and lack of exposure to sunlight.  To counter the latter the use of sunlamps became fashionable and a local choir the Neath Male Harmonic Society bought one of these lamps for the Dyfed Road clinic.  The doctor reported positive results. [today, of course, the use of sunlamps and sunbeds is seen in a very different 'light' in relation to skin cancer].  Morris also supported the abandonment of the practice of nursing babies in the shawl 'Welsh Fashion' and its replacement by the perambulator as it gave infants more freedom to exercise.  He had always been concerned about the lack of housing for young couples and pointed out that, of the total of 497 births that year, 227 had taken place in shared housing (shared that is either with other family members or in rented rooms).  Often this was insanitary but, in any event, 'young children cannot be tolerated where two or three households are congregated together.' 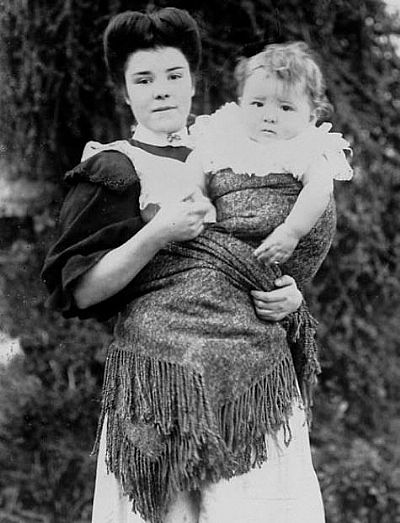 Generally these reports tended to range widely from medical data to water quality and food standards reflecting the subjects upon which the Medical Officers were required to compile statistics.  However, Morris’s reports were striking in the breadth of his interests and his vision for the future. Very often the 1930s are described as a wasted decade but the Neath Corporation had become invigorated in its attitude to public health and social conditions.  The doctor speculated how an old native of the town returning in 1937 would see that the most notorious of the old slums, the back-to-back housing of the Green, the houses in Mexico Row, Samuel’s Buildings and The Ramparts (wherever that was) had now been demolished and spacious new housing provided in its place. Neath could now hold its head up in the company of other housing authorities.  Still, more progress was required in all sorts of areas from medical services to children’s play areas.  His continuing concern was for better access to housing for young couples.

Well, I wonder what Doctor Morris would think now. It is possible to overestimate the changes that are brought about by one-off events rather than long-term pressures. Each of us will probably take from this current experience what suits our individual view but surely certain things will stand out.   It has, for example, sparked community activity on a scale that we haven’t seen in a long while.  We breathe air less polluted than at any time before the coming of industry. We will perhaps have re-learned an old lesson found in the doctor’s report of 1937, that committed and long-term collective action is needed to combat a common enemy or achieve a common goal.  Some things do not change, however; then as now the community is dependent on the efforts of those medical and care staff who serve it with unselfish dedication and , currently, with quite literal self-sacrifice.  We have a lot of people to thank. We will have a lot of questions to ask - questions that should be asked.  We will also have a lot to think about, an awful lot to think about, when all this is over.

This essay probably breaks many of the rules for writing local history.  Since the archives are currently closed I have concentrated on one document out of a set of documents available online at the Wellcome Institute website without further background research.  The views of Doctor Morris reflected the circumstances of the time and some of his comments would not sit comfortably with us now; they do, however, make informative reading and it would be interesting to find out more about him.

The archive of the Neath Antiquarian Society, housed at the Neath Mechanics' Institute contains an extensive set of reports of the Medical Officer of Health for Neath.