At the beginning of the 20th century the village of Bryncoch, near Neath, was centred on a main road and a few adjacent streets.  The main enterprise in the area at this time was the coal industry and just outside the village was the site of a large colliery (Bryncoch RFC now play their rugby on playing fields which were once the site of this colliery), being the No. 1 Pit of the Main Colliery Company Limited.  Originally the site of a Quaker owned pit, sank by the eminent engineer William Kirkhouse,[1] No. 1 Pit has been known by different names over the centuries.  In common with most mining endeavours of its time the site had a shocking safety record; the worst accident was in 1859 when 26 colliers lost their lives when water inundated the mine.[2] 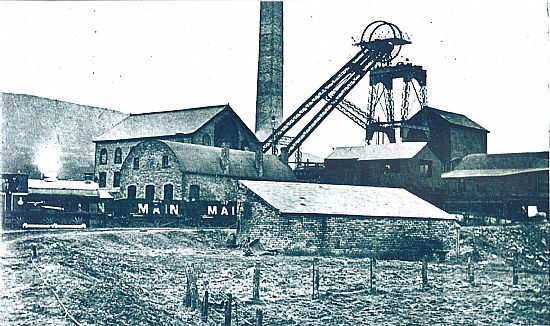 The Main Colliery Company Limited was formed with a capital of £100,000 in £10 shares following an agreement dated 1st May 1899 (made between the Dynevor Dyffryn and Neath Abbey United Collieries Company; its liquidators the Glamorganshire Banking Company and John Bicknell on behalf of the new Company).[3]  The new Company was registered on 13th June 1899 and among others properties took ownership of Main Colliery, Bryncoch.

On Thursday, 20th September 1906 a collision between a colliery locomotive and a trolley (both the property of the Main Colliery Company Limited, Bryncoch), cost the lives of three men.  Five other men escaped with nothing more than bruises while two more were injured, one severely and the other not so.   Even though the bodies of the men killed were found in a 'shocking condition', their mutilated remains were returned to their homes.  The men killed in this dreadful accident  were John Nicholls of New Rd, Skewen, aged 37, a labourer married with children; Thomas Brown of 13 Woodman Place, Skewen, aged 59, a labourer married with a grown-up family and John Dunn of Ashton's Lodging House, Neath, aged 67, a labourer and single man.

It was not the overlooking of colliery rules that caused the deaths, but the customs and practices that the men were familiar with that were to seal their fate.  In this instance, the custom and practice was that when the last locomotive left with miners for Skewen the points at Dyffryn were 'turned' into Dyffryn siding.  With points so turned any trucks that might 'run wild' from the pit head would be diverted safely into the siding and not down the incline to Skewen.  Additionally, it was custom and practice to use a trolley at the end of a shift to take men down the incline to Skewen after the last engine had left with the miners.

On the day in question the regular colliery foreman was absent and an acting engine driver was in charge of the locomotive.  Charles Dobbs, a platelayer, was in charge in the absence of the regular foreman and William Lewis was the acting engine driver.  Not knowing if the locomotive was coming back to the pit, Dobbs sent an employee by the name of Phillips to find out.  When Phillips returned he said he didn’t know if it was coming back, as John Williams, the engine stoker (who was also the points-man), didn’t know if it was coming back either.  Phillips decided to put a trolley on the rails of the road for Skewen anyway, as the position of the points at Dyffryn siding (near the Vicarage) would tell them if the engine was coming back that night.  At the end of the shift Dobbs and nine others got into the trolley to go home since the points indicated to the men that the engine was not coming up again that night.    Meanwhile, at the Skewen end, Lewis was preparing to return to No.1 Pit where a mechanical engineer had been left behind.  As the trolley approached the 'Glyn Clydach Curve' Dobbs saw the engine coming and called out, "The engine's coming; for God's sake, jump off."   The ten men were so cramped in the trolley they could not all jump off at once.  The three men that died were in different parts of the trolley which was propelled forty yards backwards from the point of impact.  John Dunn, who had only started working for the Company that day, was run over by the locomotive and had his head nearly severed from his body.  Thomas Brown also suffered a severe head wound, but the injuries to Brown and John Nicholls were mainly to the lower part of the body. 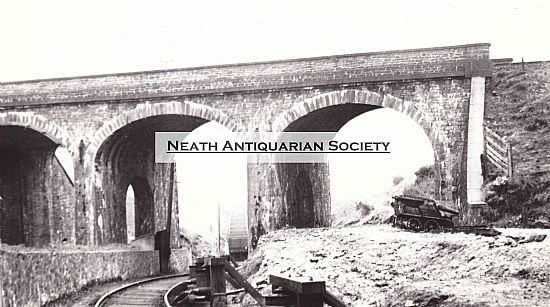 Charles Dobbs was the first witness called.  He confirmed that they [the labourers] finished work about five o’clock and got into the trolley to go down to Skewen.  There were no written rules in connection with the working of the trolley.  Dobbs estimated the engine was about 50 yards away when he first saw it.  He applied the trolley brake and shouted to the men to jump off.  The next witness, who survived the collision unscathed, stated that he thought the trolley was travelling at about six or seven miles an hour.  The engine was coming up fast, steam was up but he did not know whether the steam was full on or not.  The Coroner confirmed that the witness did not hear an engine whistle before the crash.  When called Phillips confirmed he was sent by Dobbs to see if the engine was coming back.  As he was not sure if it was or not, then they would check the points at Dyffryn sidings.  He had also tried to stop the trolley with the brake sticks before he jumped.  William Lewis, the engine driver, stated that his mate turned the points at Dyffryn sidings but that it was not necessarily an indication that the engine was not coming back.  He would not have come back had it not been for the mechanical engineer.  Lewis was of the opinion that the train was travelling about six or seven miles per hour and that the trolley was only four yards away when he saw and shut off the steam and applied the engine brake.  Mr White questioned Lewis and queried that if he [Lewis] had applied the brake and the engine pulled up in twice its own length, then why was the trolley pushed nearly forty yards [twenty-five yards of which were on the rails[4]] and smashed to pieces?  Lewis did not answer.  Mr White then asked Lewis why it was he saw the trolley so much later than his mate.  Again there was no answer from Lewis.  When asked by Mr White if he should have blown the whistle when approaching the curve Lewis replied that it was not the custom to do so.  A verdict of Accidental Death with a recommendation to keep the engine’s whistle blowing when negotiating curves was the outcome of the Coroner’s Inquest.[5]

Dunn, Brown and Nicholls were buried the same time at Skewen Parish Church.  'The funerals were more largely attended than any other in the locality since the internment of the Cwrt Herbert victims.' 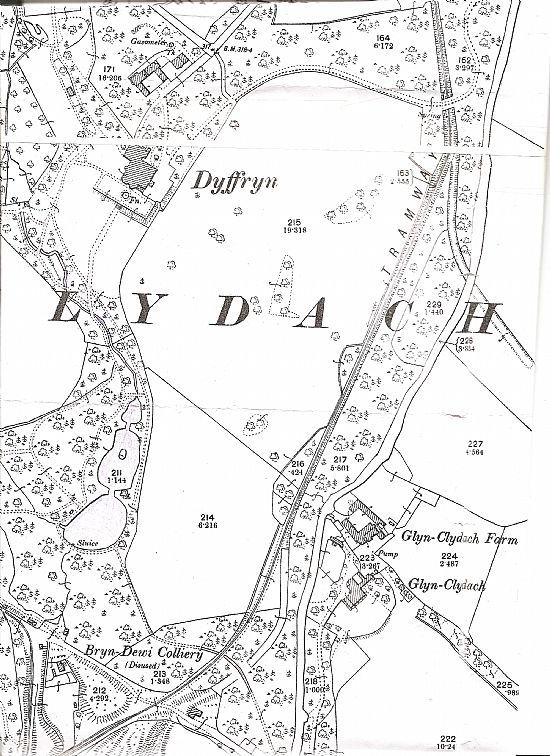