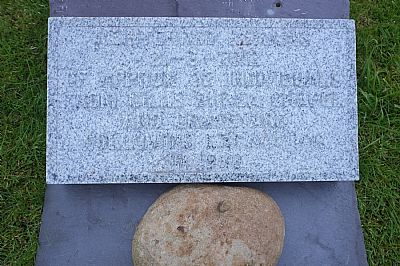 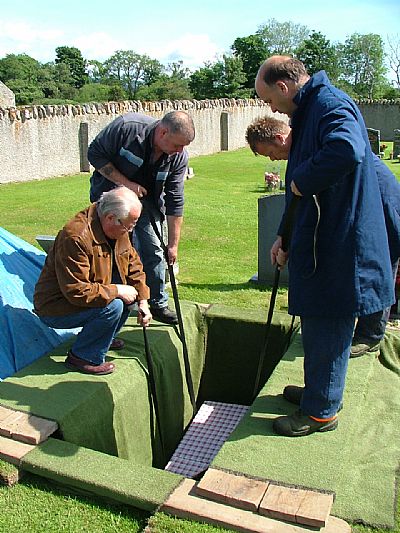 Human bones which were removed from the Cille Bhrea chapel and graveyard have now been reburied fifteen years later in the main parish cemetery of Kiltearn. The bones which are of relatively late date were removed in 1998 as part an excavation commissioned by Historic Scotland in response to the coastal erosion of the eastern end of the chapel which overlooks the Cromarty Firth a mile west of Ardullie roundabout.
The excavation, conducted by AOC Archaeology, recovered information on a sequence of 50 graves and also excavated the eastern limit of the chapel. The bones of at least 32 individuals, of which 11 were under the age of twenty, were removed for analysis in before being sent to Inverness Museum for storage.  In line with good practice, and as they are no longer required for archaeological analysis, a decision has been reached to rebury them in the main parish cemetery for Kiltearn, on the shore by Evanton. Reburial on the site itself is not recommended by Historic Scotland as it can disturb other burials and archaeology on what is a Scheduled Monument.
Kiltearn Community Council agreed to take a lead on the matter, after initial research by local historian Adrian Clark. The boxes of bones were recently handed over by Inverness Museum and prepared for reinterment by community council chairman Alpin MacDonald. Donnie Macsween, minister of Kiltearn Parish, carried out a short graveside recomittal on Wednesday 20 June at 11am.
The specialist report by Kath MacSweeney indicated that the bodies showed evidence of poor health, including malnutrition as shown by the teeth enamel, and 4 possible cases of arthritis. 7 bodies which were radio carbon dated indicate likely seventeenth to nineteenth century dates.
The chapel was reputedly founded in 1198 although the first written reference is from 1228. It was the first church in Easter Ross from which the Reformed religion was preached, Dr Munro of Castlecraig crossing the firth to do so. It was the parish church of Lemlair until united in 1618 with Kiltearn where the Munros of Foulis had created a burial enclosure in 1558. The chapel which was known as St Mary’s may have been used as a mausoleum for the Munros in the eighteenth century and is also thought to have served as a burial place for the victims of cholera in 1836. The earliest excavation was by Dr Tony Woodham, who had a property adjacent to the chapel and who died earlier this year aged 87. Some residents of Evanton recollect coming across loose bones by the shore when walking to Dingwall in their youth. 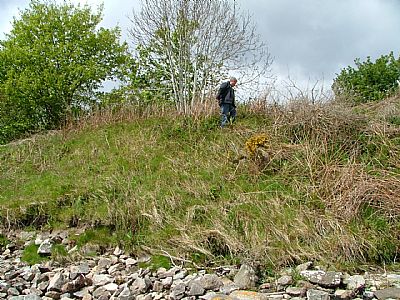