THE families who owned Castle Cluggy from ancient times managed to keep the castle out of the public eye; descriptions are rare and brief; there are few paintings, engravings, or even 20th-century photographs. The Trust gratefully acknowledges the work of Zamki Szkocji, who captured the images pictured below for posterity © Zamki-Szkocji. 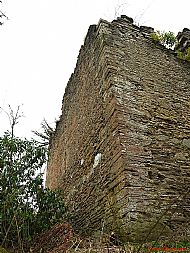 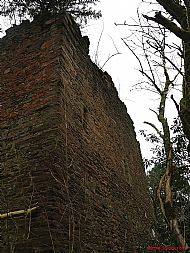 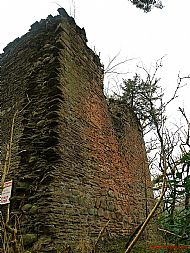 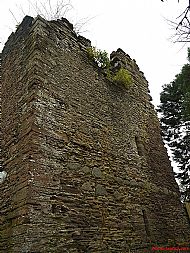 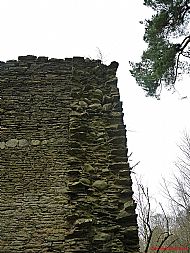 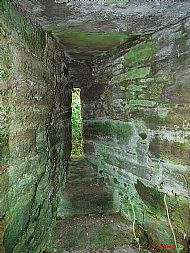 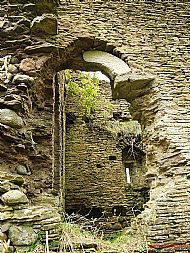 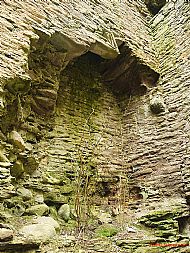 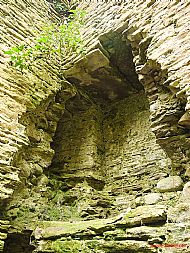 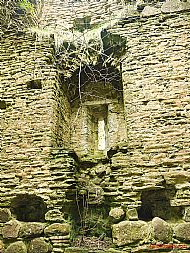 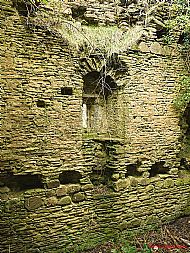 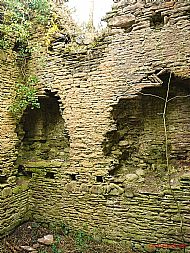 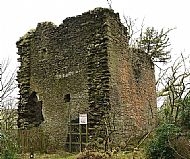 CASTLE CLUGGY is a massive residential and defensive tower located on a high and fairly steep hill, right on the shores of Loch Monzievard. The three-storey building currently has dimensions of 8.6 metres (on the north-south line) at 8.1 metres.  The width of its three walls: northern, southern and western is about 1.5 metres. The building itself holds a number of clues as to date.

The eastern part of the tower was probably demolished in the 16th-century. The length of the damaged fragment was about 1.2 metres in length. Thus, the full dimension of Castle Cluggy in the east-west line was about 9.3 metres. In the place of the destroyed eastern wall, between the preserved fragments of the northern and southern walls, a new wall was built, only 0.9 metres thick.  In it, at the height of the first floor, the main entrance of the tower was again set.  However, it is impossible to determine whether it is in exactly the same position as in the demolished original eastern wall.  The entrance visible on the ground floor of the tower was pierced later.

The internal layout of the castle is quite typical for this type of building.  A kitchen and pantry were located on its ground floor. Above, there was a hall or living room.  In its north-west corner a garderobe or latrine was placed. The few windows of this floor were also embedded in quite deep, arched recesses. The last floor was in turn adapted to a private chamber and at the same time the bedroom of the castle owner. Additional living rooms may also have been located in the attic. All subsequent floors of the tower were separated from each other by wooden ceilings.

In the walls of the building, you can still see, amongst other things, large-sized holes in which the floor beams were originally embedded. Cluggy was equipped with only a few slotted shooting openings. Under some of them, most likely in the 16th-century round pistol embellishments were embedded. Originally, Castle Cluggy was protected from the north, i.e. mainland, by a quite deep moat.  A drawbridge was probably thrown over it.