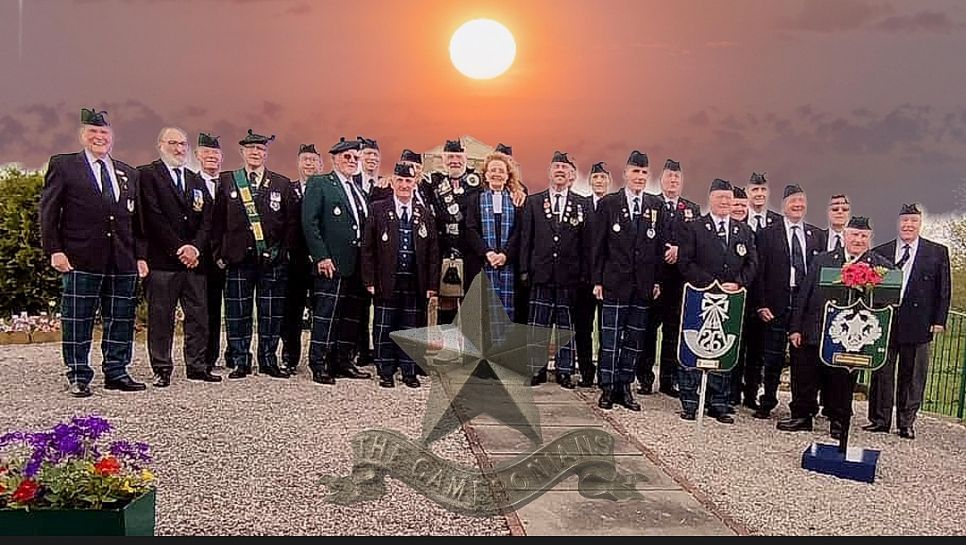 As our name suggests our group consists of Cameronians, Families and Friends of the old Regiment of Lanarkshire, The Cameronians (Scottish Rifles).

Formed in 1997 by ex members of the regiment which had been disbanded nearly thirty years previously in 1967 close to the village of Douglas in rural Lanarkshire.

At a meeting in Forth Lanarkshire the Association was formed to both remember and honour their proud regiment, Scotland's only Regiment of Rifles, the only one to wear the green jacket and glengarry alongside the Douglas tartan, the regiment of Cameronians being raised by a member of the mighty Douglas family, James Douglas the first Earl of Angus on the 14th of May 1689. Maybe the regiment was taken by the government of 1968 by disbandment, but not from the hearts and minds of these proud members of the hardest fastest regiment of the British Army

Unfortunately due to the crisis at present there were no events or services over the year and until things settle again.

On behalf of the Cameronians Families Organisation Committee we wwish good health to everyone.

The site will continue to be updated as I have pictures to upload and juggle a few things around.

Our Facebook Page is proving a hit with many good  chats and banter alongside regimental history.

Cameronians Day this year will be Sunday 15th May, Douglas Lanarkshire.