all boards are planed both sides and are thinner than the stated sizes by the amount required to be removed to achieve a finished surface, boards are available as full lengths or as part boards cut to length.

For most timbers there is also a stock of spindles ( square section lengths ) and small pieces and bowl blanks.

the following timbers are available 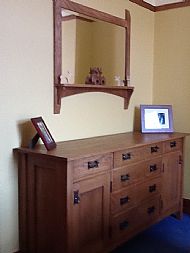 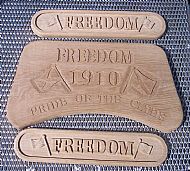 American White Oak (Quercus Alba) is a very popular timber for furniture making, Not the easiest timber to use as it is ring porous and has prominent rays but it is because of these that it is so attrective in a finished item. Stocked in various thicknesses from 22mm up to 95mm, and various widths ( generally not wider than 270mm) sold in 3m lengths or part thereof 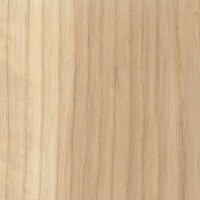 American White Ash (fraxinus americana) is a popular timber for furniture making, ring porous like the oak, this gives its characteristic grain appearance and can be used to effect with finishes such as Liberon Liming Wax to add character to any piece. Stocked in a wide variety of thicknesses and widths, this timber has the advantage over some ( oak, cherry and walnut) in that the price doesn't increase much as the boards get thicker. Sold in 3m lengths or part thereof

A high quality timber which looks expensive ( and is). It works well and polishes up nice. can be found occasionally in very wide boards. 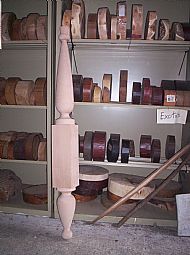 Beech is one of the cheepest timbers in the shop and also one of the easiest to work, however it is not available in wide boards so can require jointing skills for furniture projects.

A soft white timber with occasional green patches which seem random and are unrelated to the boundary between sapwood and heartwood, sometimes the green is very deep or becomes brown black or purple, particularly around insect damage. one of the cheepest timbers in stock and available in up to 100mm, Frequently used for rocking horses,

Sapele is a west African timber unrelated to but often sold as Mahogany, it is medium density and works and finishes well,

although the grain is irregular in bands due a tendency of the tree to grow with a twist and change direction of twist every dozen or so years. this can make it difficult to hand plane and carve but when oiled the effect can be striking as in this photo of a handrail I did for a Maryhill tenement. This timber is available in 100mm thich and is one where the thicker sizes aren't greatly more expensive than the other thicknesses.

Very similar to Sapele indeed it is a different variety of the same timber, it has a  slightly more regular grain and is denser. Generaly stocked in reference to Sapele because although it is slightly more expensive the better quality justifies it.

American Black Walnut. a beautiful timber which polishes well and works well with most other timbers to give two tone furniture pieces, it works particularly well with Maple. An expensive timber but very popular, usually with a regular and easily worked grain but sometimes with magnificent figure such as the two large boards pictured above. Stocked in thicknesses up to 75mm and 3m lengths or part thereof.