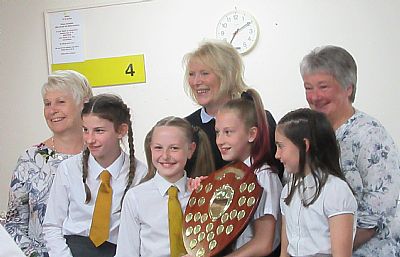 Minibridge Winners with their tutors at the AGM 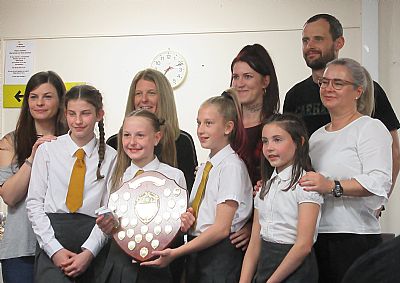 Winners with their very proud psrents at the AGM

Bridge in the News

After the showing of Double Dummy at the Macrobert Centre and the subsequent setting up of the Stirling University Bridge Club, Stirling is in the news again.

The establishment of a PHD in the Sociology of Bridge at Stirling University made the national news last week with the Daily Express, Daily Mail, the Sun and Courier all publishing stories (5th Julty). Bridge even got a mention on Breaking the News on Friday (27th min)

An earlier study funded by English Bridge Education and Development (EBED), compared the responses of more than 6,400 bridge players with over 10,000 responses from wave six of the English Longitudinal Study of Ageing. It found that those who play bridge have higher levels of well-being than those who do not play.

As part of the next stage of the research, the University, in partnership with EBED and the UK and Irish Bridge Unions, is funding a three-year PhD studentship in the Sociology of Bridge.

This collaborative research project will look at what drives people to take up bridge and keep playing throughout their lives. It will also explore the role a hobby can play in friendships and personal communities, as well as how it creates a sense of belonging and collective identity within and across generations.

The Scottish Bridge Union is funding free taster bridge sessions in the University library on 25 July and 15 August, between 5.30-7.30pm. For more information about the Bridge Club, email: stirlingunibridgeclub@gmail.com

Professor of Sociology Samantha Punch - who is an international bridge player - is leading the research together with Dr Caroline Small, an Honorary Senior Lecturer at Imperial College, London.

Sam Punch is part of the first Scottish Women’s Bridge Team to qualify for the World Championships.

Hopefully the results of this new project will provide yet more ammunition for those of us involved in education to recruit new members, both young and old.