A pillar of the community!

Artefact from a Neath Valley Estate

Cathays Park in Cardiff is home to many fine examples of civic architecture that were built in the classical style largely at the opening of the twentieth century.  One such building on King Edward VII Avenue is now called the Glamorgan Building and forms part of the Cardiff University campus.  It was originally the County Hall of Glamorgan County Council and also the original location of Glamorgan Archives. 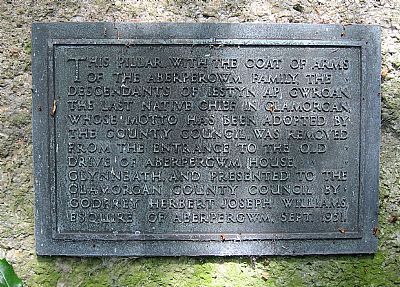 This pillar with the coat of arms of the Aberpergwm  family, the descendants of Iestyn ap Gwrgan, the last native chief in Glamorgan, whose motto has been adopted by the County Council, was removed from the entrance to the old drive of Aberpergwm House, Glynneath and presented to the Glamorgan County Council by Godfrey Herbert Joseph Williams, Esquire of Aberpergwm, Sept. 1951

The Williams family motto referred to, 'Y DDIODDEFWS Y ORFU' means 'He who suffers conquers'.  There were originally two such pillars which flanked the original entrance gateway and coach road to the Aberpergwm House on the old turnpike road. They feature in this early postcard circa.1890; 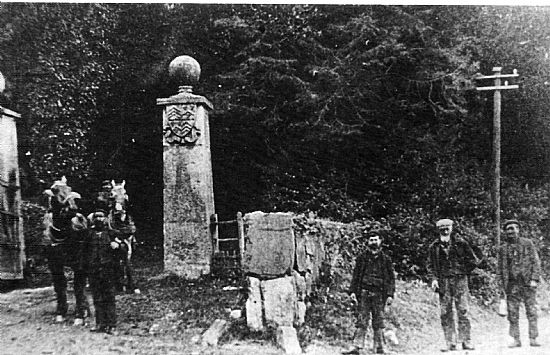 Amongst the collection of pictures held in Aberystwyth at the National Library of Wales is this early painting by the artist C Powell.  Entitled 'Aberpergwm Manor', it is believed to be circa. 1790.  Is it possible that the entrance pillars in the centre of the painting are the same ones? This would make the pillar a considerable age.  One can only wonder what became of its partner. 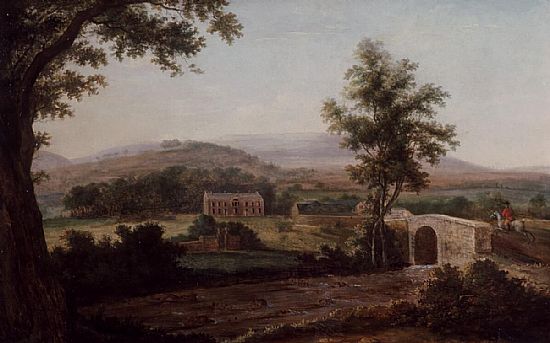 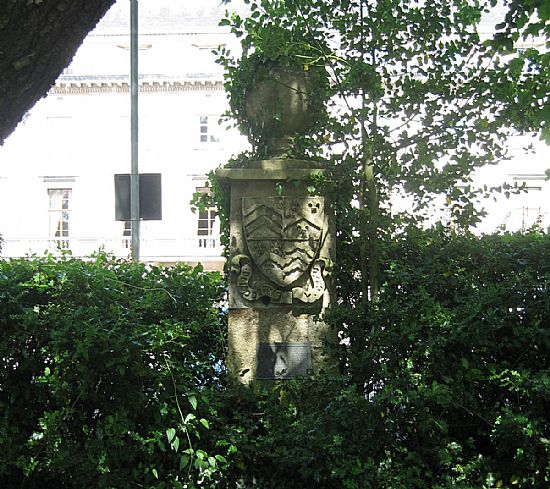 Pillar with coat of arms as seen on North Road, Cardiff