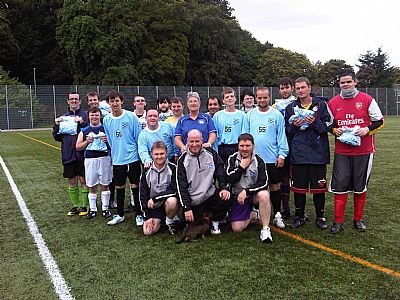 Highland United Football Club is a club that specifically caters for footballers with all disabilities. It was formed in December 2009 after a meeting with representatives from Highland Disability Sport, (the charity group) and The Highland Council Disability Sports Office now High Life Highland.

Previously all football in Highland was coordinated by Highland Disability Sport who were formed in 1982 and it was thought by forming its own football club it would give disabled footballers ownership in helping in the decision making by being elected to the committee of the newly formed club.

The aims of the club are to develop disability football in schools and associated groups throughout the Highlands. It would help identify and recruit players, coaches, volunteers  (male or female) as well as and help aid their development regardless of their age or ability.