For an index to all items, click the link below.

Gairloch Boat Club ran the 'Charity Big Boat Event' on the weekend of 23rd and 24th June. It's an annual event for yachts and this year the charity which will benefit is Gairloch Community Hall Roof Fund. Two days of racing in Loch Gairloch in excellent sailing weather (breezy but not too breezy), culminated in local Yacht 'Solitaire' narrowly winning the series. Skippered by Peter MacDonald, crewed by  Dyllis , Janet and Jean, they received the Winner's Trophy on the deck of the Badachro Inn on a beautiful sunnyafternoon. It's rumoured that a football match was on at the same time, which may have affected the numbers attending. Special mention for yacht '6X' skippered by Hugh Macdonald, Commodore of Skye Sailing Club, which braved the 'somewhat lumpy' conditions from Portree to Gairloch to take part. 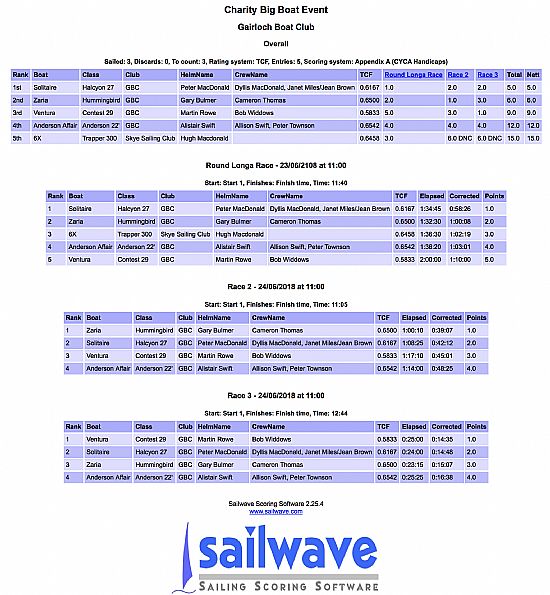 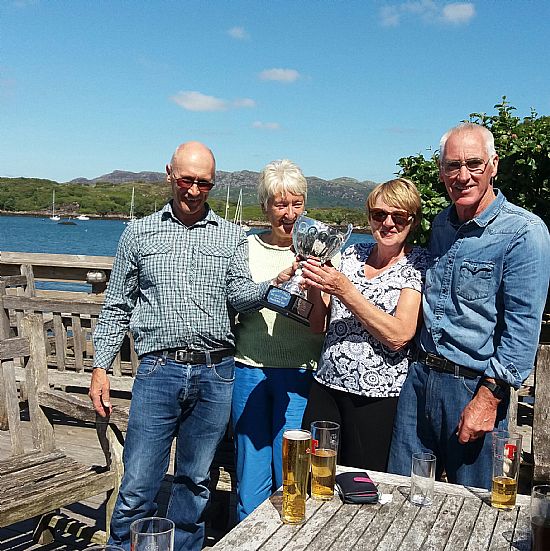