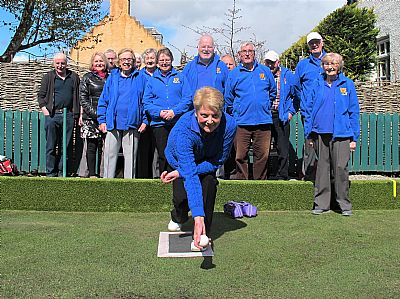 Club President, Rita Storr, officially opened the green on Saturday, 28th April.   Refreshments were served in the clubhouse and then two friendly matches were played in an afternoon of fine sunshine.