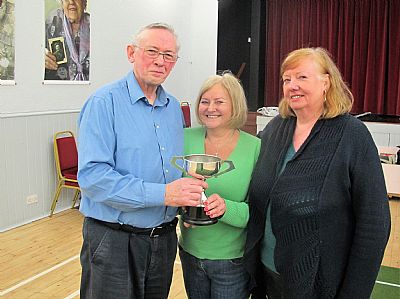 The competition was won by Ian Thompson.  The Jack Mackay Memorial trophy was presented by Jack's daughter, Moira Munro.

Evelyn Wilson was runner-up in a closely-fought final.