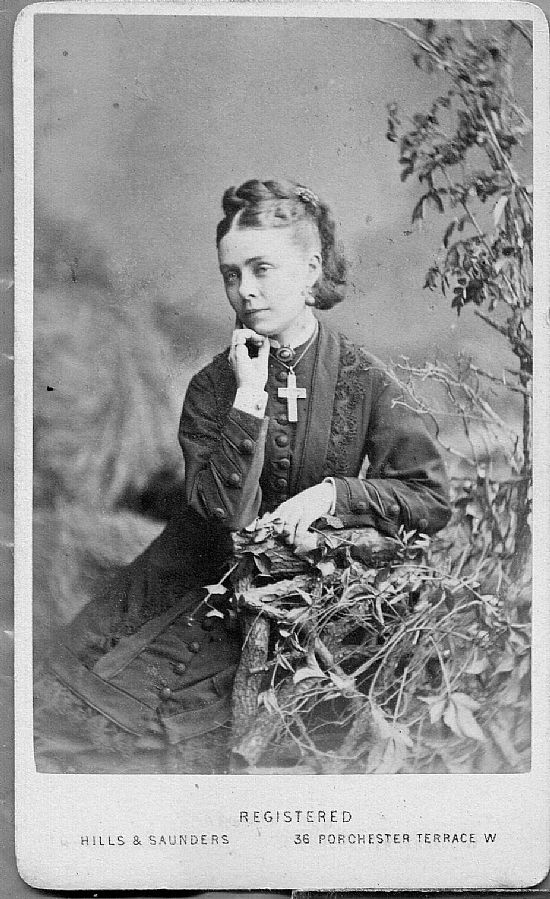 Her parents were Charles Reynolds Page (Christened 1809 St Pancras, Middlesex) and Catherine Georgina nee Daniell; the Pages had been in Oporto for many years.

It seems likely that she was named Catherine after her mother, and Aurora after (possibly her aunt) Aurora May Daniell (b. 1802).  The Daniells came originally from Devon, but Catherine Daniell was born in India, where her branch were living.

She died in February 1875, of 'congestion of the brain' four days after the birth of her only child, Robert Surtees Thornewill.

I do not know if there ever were other volumes; though it is likely, for a diarist does not easily abandon the habit; also, it is curious to start a volume on 1st April, unless a previous volume is now full.

The portrait above comes from the Album of her mother-in-law, martha hammond Thornewill nee Wright.  The album holds about 150 cartes de Visite; onle about a dozen were inscribed.  These were all posted aon the InterNet; this one can be found >here<.

This is the back:- 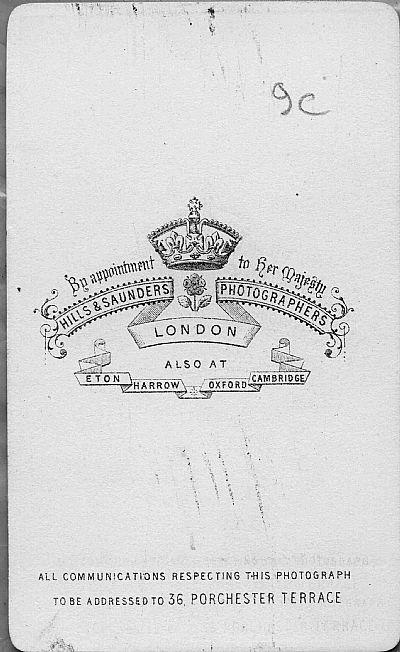 The photographer was at that address betwee 1868 and 1886.  Catherine records a visit to their studio on 4th October 1873 - but to have Bob Thornewill's photgrah taken.  Perhaps she had herself taken, too.  The two of Bob that I have were taken at other studios.  They were married on 2nd December that year, two months after that visit.  In the pic at the top of the page, it does look as if she is wearing a ring on THAT finger.

The comment on this Carte de Visite (front & back) was:-

Jim1:- "the dress & hairstyle suggests an early-mid 1870's date but as this cardstock has rounded corners would eliminate the "early" part so, mid 1870's."

Please note that any Link on the Right or at the bottom of the page is an advertising Link that will take you elsewhere.